I'll look back at my doodles later, and random snatches of dialogue will occur to me. I listen to music as I go. Again, it's about occupying one part of your brain, so that the other part is clear to be creative. I seek inspiration in film, theatre, music, art — and in watching other ballet companies, other dancers, and other types of dance. I never feel jealous of another good dancer: I always feel there is so much to learn from them.

An idea never comes to me suddenly; it sits inside me for a while, and then emerges. When I'm preparing for a particular character, I look for ideas about her wherever I can. It was so dark, and it felt just like a modern-day version of Giselle — the story of a young woman taken advantage of by others. It brought the part alive for me. Now when I talk to others who are playing Giselle, they sometimes say they're worried that it feels like a parody, and not relevant to today.

I tell them to watch that film and see how modern it can be. To be truly inspired, you must learn to trust your instinct, and your creative empathy. Don't over-rehearse a part, or you'll find you get bored with it.

Hard work is important, but that comes before inspiration: in your years of training, in your ballet class, in the Pilates classes. That work is there just to support your instinct and your ability to empathise. Without those, you can still give a good, technically correct performance — but it will never be magical. 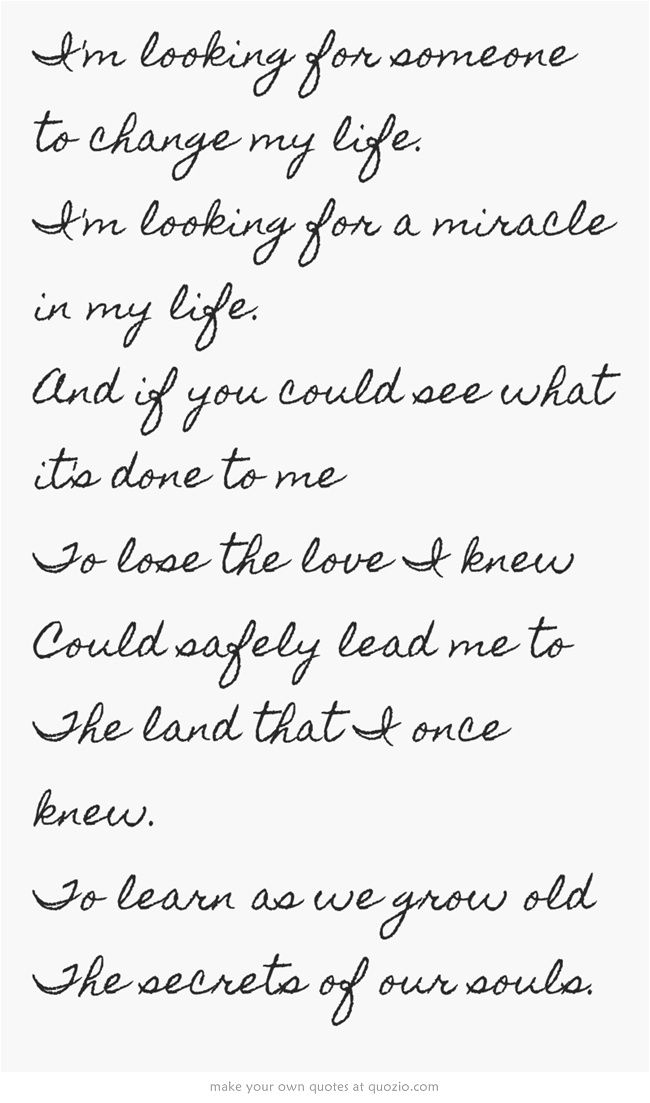 It's much more about hard graft. Shostakovich could not have composed with the telly on. I work best when I have windows in two walls, for some reason; maybe it is because there is more light. At the moment, I'm working in a room with no windows. It's not going well at all.

The afternoon is the worst time for creativity. It is all about developing a cold eye with which to look over your own work. I used to think that being inspired was about sitting around waiting for ideas to come to you. That can happen occasionally: sometimes, I'm walking down the street and suddenly hear a fragment of music that I can later work into a song. But generally, it's not like that at all. I liken the process to seeing ghosts: the ideas are always there, half-formed. It's about being in the right state of mind to take them and turn them into something that works.

One of the most difficult things about writing music is the sheer number of distractions: mobiles, email, Twitter, YouTube.

When you're writing, you have to be very disciplined, to the point of being awkward: turn off your phone and find a space to work without any of these distractions. For me, the image of the tortured artist is a myth — you don't need to be miserable to write songs. In fact, if I am feeling down, the last thing I want to do is write; though it's important sometimes just to sit down and get on with it, however you're feeling.

Your creativity is like a tap: if you don't use it, it gets clogged up. We all have that small voice that tells us we're rubbish, and we need to learn when to silence it. Early in the songwriting process, comparisons do nothing but harm: sometimes I put on a David Bowie record and think, "Why do I bother? It's a bit like having children: you don't interfere with the birth, but as your child grows up, you don't let it run wild.


I definitely don't have rules — I'm pretty disorganised. In fact, I often have to guilt-trip myself into sitting down to write.

It is so easy to let your life get filled up with other stuff — cooking, cleaning, going to the bank, looking after your baby. These everyday things do come through in my songwriting, though. Most of my songs are defined by a sense of loneliness, of isolation, that I probably get from spending a lot of time on my own. The little images that I get from sitting alone in my apartment — the way the light is falling through the window; the man I just saw walk by on the other side of the street — find their way into snatches of lyrics.

I write in short spurts — for five, 10, 15 minutes — then I pace around the room, or go and get a snack. When I first moved to New York some years ago, I used to go to concerts every night — I would see six or seven musicians a week. Now that I'm a songwriter myself, I find watching other musicians can be frustrating — I want to be the one up there performing.

But every so often I see someone who inspires me to try something different. That happened recently with Sufjan Stevens — I saw him perform in Prospect Park , and his sound was so huge and poppy that I went home thinking: "I should really try something like that. It's important to look outside the business.

There are so many great stories out there that have nothing to do with the theatre, or with other writers. I do a lot of my thinking once I'm in the rehearsal room — I'm inspired by the actors or designers I'm working with. Other creative people are a resource that needs to be exploited. Music is incredibly evocative: find the right piece that reflects the world you're writing about, and you're halfway there.

When I wrote my play Penetrator , I listened to a miserable Sade song on a loop. Similar things have already happened. And it's one of many episodes that remind us to never let anyone make a digital copy of your soul. By far the most ambitious "Black Mirror," "Bandersnatch" does something never before attempted in serious drama, using the "Choose Your Own Adventure" format to ask provocative questions about free will and power. Part film, part video game, it's incredibly impressive, and builds a complicated, stunning alternate-reality that we're still navigating.

The one flaw is that the lack of a consistent narrative makes it hard to completely engage with the characters. This is the episode that probably hits closest to home: We think about it every time we get in a Lyft or consider writing a negative Yelp review.

What's wrong is very hard to explain, but it revolves around a video game obsession shared by her husband Anthony Mackie and his former roommate Yahya Abdul-Mateen II. This is one of the scariest episodes of "Black Mirror," because the fear of a relationship disintegrating is so well-grounded.

But there's also a beautiful resolution. We don't say this lightly: This episodes stands alongside "All Quiet on the Western Front" and "Full Metal Jacket" as one of the best stories about how war really works. No other story better captures the s' pulsing mix of hope, heartache, cruelty and perfect pop music. If you've ever been in a relationship with anyone who's been in another relationship, this one will crush you. Should life be lived, or remembered?

And can you separate the living from the remembering? We think of this episode every time our memories fail us -- or serve us much too well. Season 2, Episode 3: "The Waldo Moment" Many have made the now-trite observation that this episode, about a cartoon bear who insults his way into higher office, predicted the rise of Donald Trump.